← more from
Daya World
Get fresh music recommendations delivered to your inbox every Friday.
We've updated our Terms of Use. You can review the changes here. 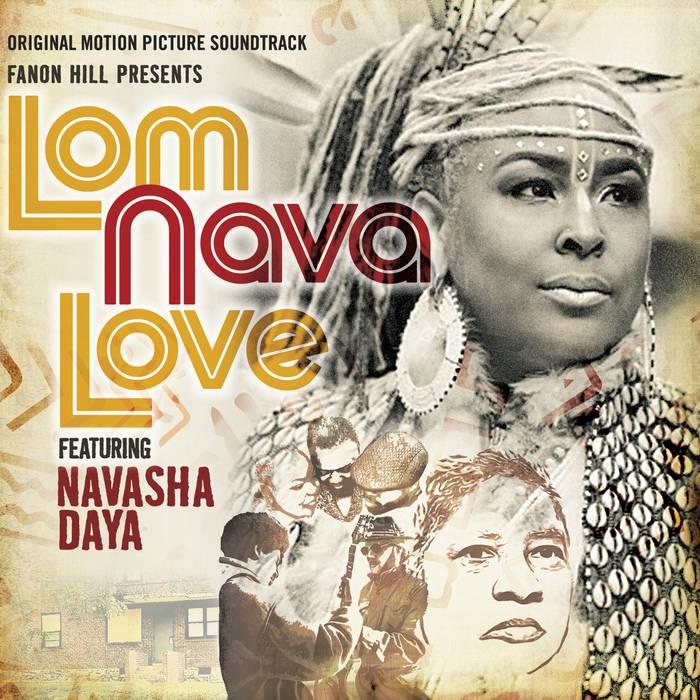 Soulfully anchored by the mesmerizing vocals of songstress Navasha Daya and the anthemic writing, arrangement and production of multi-instrumentalist Fanon Hill, Lom Nava Love is a towering testament to the strengths of Black families and their quest for true freedom in America. Prophetically titled Lom Nava Love, this 15-track explosive soundtrack and concept album masterfully touches on various genres and aspects of Black music. Lom Nava Love must not simply be listened to, but courageously engaged.

Touching on various genres and aspects of Black music, the 15 track album is held in unity by the voice of internationally renowned vocalist Navasha Daya. Daya’s ability to both navigate the myriad contours of Black music while employing improvisation in order to give her audience something beyond what is expected of the Black female vocalist corroborates this experience of Black families and weaves their resistance into every song.

In addition to Daya, the soundtrack features the musicianship of Kush Abaday, Kelly Bell (The Kelly Bell Band), Jonathan Gilmore, Braxton Cook, Rashad “Hurricane The King” Hawkins, Quinton Randall, Abu the Flutemaker, and 84 year old saxophonist Whit Williams, who performed with the historical Royal Theater Band, one of the stops on the storied “Chittlin Circuit.” All are musicians from the DMV area who are also active change agents in their respective communities.

The soundtrack forms the musical backdrop for the documentary of the same name, released July 2016, which follows the work of Mama Shirley Foulks, a community organizer and activist in Baltimore's Cherry Hill neighborhood, who for years has sought to harness the power of Black families as the solution to the challenges imposed on them by structural oppression in one of the most divested communities in a city increasingly known for them. In the film, the songs that make up the soundtrack unobtrusively support the scenes in which they are featured, but on record the songs have a presence all their own, moving fluidly within a variety of Black music genres, such as:

FUNK: The foreboding political lyric “poverty has made me a refugee in my own country” epitomizes the funky yet playful track ‘Operation 666 Poverty,’ which invites listeners on a journey with a contemporary Black folk hero as she, and her family, are stalked by poverty at every turn, an encapsulation of the album's overall narrative.

R&B: The tender yet impassioned ‘Don’t U Know’ celebrates the undying commitment and love between an expectant Black father and mother navigating a system that views Black men with criminal records as irredeemable.

FOLK: ‘Whose Child’ dissects a billion dollar education industry that preys on children and families living in America’s most disenfranchised communities.

REGGAE: ‘Still About Freedom’ is a roots reggae call to action featuring Hill on bass and rhythm guitar that implores listeners to never lose sight of freedom.

Lom Nava Love is a phrase borrowed from the Ewe language, spoken in West Africa, and which expresses the understanding that if you love someone then you will come to them, a core principle of Foulks’ organizing philosophy. The phrase demands that knowledge of a subject, whether it be Black music or the Black family, come from a place of care manifested through engagement, not assumption. Similarly, the Lom Nava Love soundtrack is an album that must not simply be listened to, but engaged.

"Navasha Daya sings like an angel! Her voice has the clear tone of a bell, striking a chord within you!"
Lona Alias
Producer & Host
Spirit of Jazz
WPFW Pacifica Radio 89.3FM

"I Am because we are (Tribute to the Dawson Family)"

"Kwanzaa 50 reminds us that culture is the hallmark of a people seeking self-determination, justice and self-reliance."
Useni Eugene Perkins (USA)
Activist, Playwright, Publisher


All songs written, composed and produced by Fanon Hill

Warning all rights reserved. Unauthorized duplication is a violation of applicable laws.

Semiratruth joins the show to discuss their latest release, "loading..".