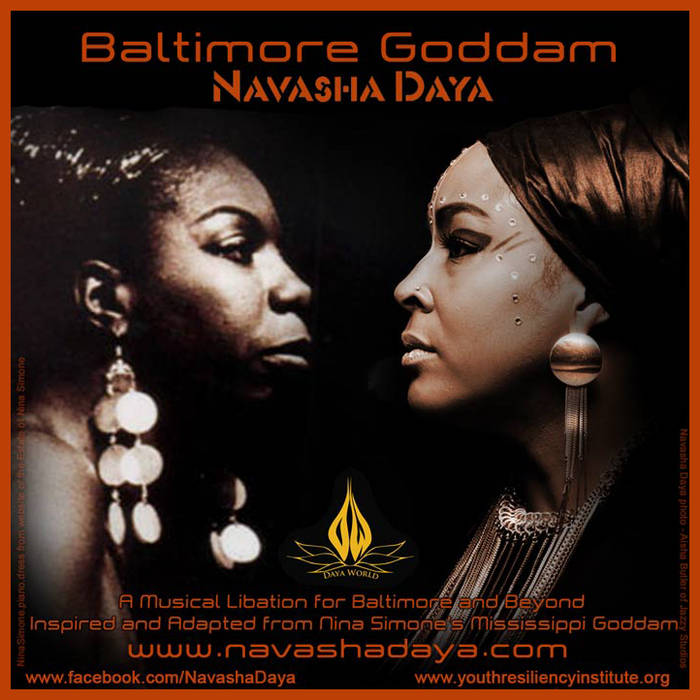 I wrote this song in 2012 as a part of a tribute show for Nina Simone that was held in Baltimore, MD. I dedicate this song to the children and youth in Baltimore City and worldwide who live in disinvested communities; to youth who are angry, sad, scared, hungry, not listened to, murdered, neglected and want change for themselves and their families; to Youth Practitioners who tirelessly serve youth and the community; to those who want "Equal Rights & Justice" as Reggae legend Peter Tosh penned, and for all those who have risked their lives in the struggle to uplift humanity.... The Human Family must do better! Uhuru! Inkulluleko! Fahodi! Freedom!

Lyrics:
The name of this tune is Baltimore Goddam
And I mean every word of it

“This is not a show tune,
this is real life
It’s all over the news, you may have seen it to”

Lord have mercy on this land of mine
I pray the healing will happen in due time
It’s not safe here, it may be safe there
Fear blinds you somebody say a prayer

Don’t tell me, I’ll tell you
Reparations and atonement are over due
I live in this reality so I know
They keep on saying go slow

Just try to do your very best
Stand up be counted with all the rest
For, everybody knows about Baltimore Goddam

“I mean do we have to bring up the past, I mean haven’t you peopled healed from slavery and lynching, I mean that was such a long time ago…”

Oh, Look at me,
I’m a descendant of those who built this country for free
Oh we don’t want to acknowledge that,
So many promises made, but look at where were at…

Oh this whole country is full of lies
They will be revealed in due time
I don’t trust that you will help anymore
You keep on saying “Go slow!”